Join York Minster’s Lent Webinars and be guided through the most important festival for Christians around the world.

Prayer is integral to the life of any Christian and is the bedrock of everything that York Minster offers. To help us think about Prayer, in its widest context, a series of weekly webinars throughout Lent will explore the different ways we can enter into prayer.

The webinars will take place on Zoom on Thursdays at 7.30pm, beginning 10 March 2022. Each will be led by a guest speaker with expert knowledge in their field. Recordings of the webinars will also be available on our YouTube channel the following week.

As we enter the season of Lent, we will consider in this talk how works of visual art, old and new, might stimulate and challenge our images of prayer.

Deborah Lewer is an art historian and Senior Lecturer in History of Art at the University of Glasgow. She specialises in the history of modern German art and in the rich relationship between art, faith and theology. She is a regular speaker in churches, theological colleges, on retreats and at festivals.

This talk will reflect on the rage and hope expressed in and through the practice of lament, a form of prayer that is being retrieved in these challenging times. Wendy will share reflections and insights from the ‘Rage and Hope’ book published by SPCK last year to mark the 75th Anniversary of Christian Aid.

Wendy Lloyd coordinates the prayer and worship resources for Christian Aid and co-edited ‘Rage and Hope: 75 prayers for a better world’ (SPCK). She also creates faith content for the Guild of Health and St. Raphael. She has an MLitt in ‘Bible and the Contemporary World’ from St. Andrews University. She lives and works on a croft on the Isle of Mull, Scotland, and has a keen interest in pilgrimage.

In ‘Habits of Prayer’ we think about the repeated actions of daily and seasonal prayer, and their relationship to time and eternity.

Jessica Martin grew up in Woking, Surrey. She read English at Trinity Hall, Cambridge, alongside being a single parent, and later worked as an academic in the field of English Literature, specialising in religious life writing.  In the early 2000s she trained as an Anglican priest, pursuing the academic and priestly vocations in parallel as a self-supporting minister. She left academic life in 2010 to become a parish priest in South Cambridgeshire.  She has written about the Daily Office in her edited volume, ‘For God’s Sake: Re-imagining Priesthood and Prayer in a Changing Church’ (2016).

Jessica has been Residentiary Canon for Learning at Ely Cathedral since 2016. Her book ‘Holiness and Desire’, about the roots of human desire and the consequences of its modern commodification, came out in 2020. In 2021 she gave the Bampton Lectures at the University Church of St Mary the Virgin, Oxford, on the topic ‘Four-Dimensional Eucharist, which explores the influence of the Eucharist on modernity and modernity on the Eucharist.

Thursday 31 March – Praying as part of a Global Christian Family

Global Christianity is much more fluid, dynamic, conflictual, and even messy than it is often presented. The centre of Christianity’s shift from ‘The West’ to the ‘Global South’, urges us to consider the political, cultural, and philosophical underpinnings of lived Christianity. Further Christian communities need to be understood within the complex contexts of poverty, intense persecution, rising religious nationalism, growing political populism, and rapid secularization. The church is also going through a momentous period in its history with issues surrounding human sexuality, racial and ethnic divisions, and climate change. Anderson’s reflections will explore the spiritual, social and political meaning of ‘prayer’ in the context of Global Christianity.

Anderson grew up in India and was ordained as a priest in the Church of South India (an Anglican Province). Anderson’s research interests and publications focus on the lived facet of World Christianity, and its theological and missional engagement with the wider society. Anderson is deeply passionate about social, racial, and environmental justice as a Gospel imperative. His passion for working towards justice and peace as central to Christian Discipleship stems from his early experience as a Dalit Christian in India, which he strives to translate into global context, be it addressing racism, religious hatred, xenophobia and environmental crisis. Anderson has published widely on themes including Political Theology, Liberation Hermeneutics and Radical Ecclesiology. 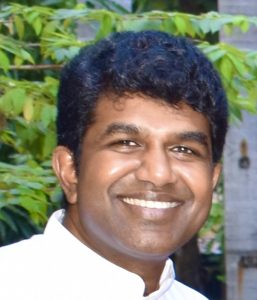 Accepting the many other valid ways and aids to prayer, this webinar will focus on how all poetry can enable us to articulate more imaginatively a love encounter with God.

Mark was born and brought up in Kenya and started his working life in horticulture. He then studied Theology and Anthropology at St John’s College, Durham, and Cross-cultural Missiology at All Nations Christian College, Hertfordshire, and New College, Edinburgh.
Ordained in 1972 he had a varied ministry in the UK and Kenya before moving to York on retirement. Exploring and praying the poetry of George Herbert has been a particular retirement project! 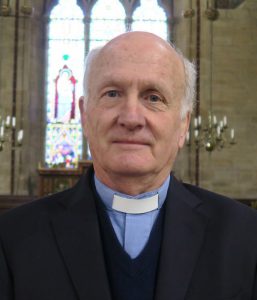