The Grand Organ returned to use at the cathedral in March 2021 following the multi-million pound refurbishment – the first of its kind since 1903 – but the inaugural recital series to celebrate its return was delayed to summer 2022 due to the Covid-19 pandemic.

The recitals are part of a ‘Summer of Music’ at the cathedral which opens on Saturday 4 June with a Jubilee Gala Concert, followed by a spectacular Jazz Eucharist for St Peter’s Day (Wednesday 29 June) and a celebratory Choral Evensong on Sunday 10 July marking 25 years of girl choristers at York Minster. 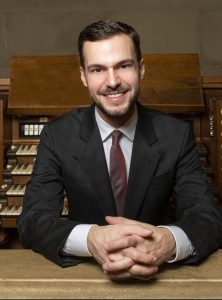 In April 2019, Mr. Laube launched the documentary-style radio program, “All the Stops,” on the WFMT Radio Network Chicago. His recording of the Stephen Paulus Grand Concerto with the Nashville Symphony and Giancarlo Guerrero, received a GRAMMY Award for Best Classical Compendium.  Mr. Laube currently serves on the organ faculty of the Eastman School of Music in Rochester, New York where he taught from 2013-2020.  From 2020-2022 Mr. Laube was professor of organ at the Staatliche Hochschule für Musik und Darstellende Kunst in Stuttgart, Germany. He additionally holds the post of the International Consultant in Organ Studies at the Royal Birmingham Conservatoire. Image credit: Joseph Routon. 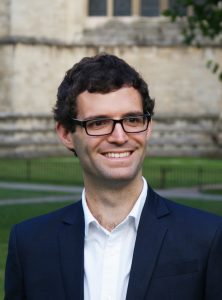 Benjamin Morris is Assistant Director of Music at York Minster. In this role, he plays for services and accompanies the choir in the Minster’s daily cycle of music, in concerts, tours, recordings and broadcasts, and assists in the training of the boy and girl choristers. Prior to this, he was Organ Scholar and then Assistant Organist at Jesus College, Cambridge, graduating with First-class honours in Music. Before starting university, Ben spent a year as Organ Scholar at Gloucester Cathedral. With recent venues including Sage Gateshead, Selby Abbey, Leeds Town Hall and Westminster Cathedral, Ben is active as a soloist for recitals and other performances. He has performed as organ soloist under Sir Roger Norrington, Howard Shelley, Paul McCreesh, and Sir Stephen Cleobury, and has played organ and harpsichord continuo alongside His Majestys Sagbutts and Cornetts, The Saraband Consort and Britten Sinfonia. He is a prizewinning Fellow of the Royal College of Organists.

Choral No 2 in B minor – César Franck

Suite No 1 for Organ – Florence Price 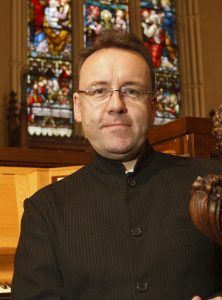 David Briggs is an internationally renowned organist whose performances are acclaimed for their musicality, virtuosity, and ability to excite and engage audiences of all ages. Consistently ranked as one of the finest organists of his generation, David’s extensive repertoire spans five centuries. He has also become one of the foremost organ transcribers of symphonic works, thereby giving listeners the opportunity to experience the organ in a new way. He has transcribed orchestral compositions by Schubert, Tchaikovsky, Elgar, Bruckner, Ravel, and Bach as well as Mahler’s Second, Third, Fourth, Fifth, Sixth, and Eighth symphonies. David performs more than 50 concerts a year and is also a prolific composer with his works ranging from full scale oratorios to works for solo instruments. He is currently Artist-in-Residence at the Cathedral of St John the Divine in New York City.

Improvisation: Variations on a submitted theme 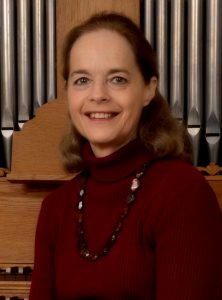 One of Britain’s outstanding concert organists and teachers, Margaret Phillips studied with the late Ralph Downes and Marie-Claire Alain. From 1996 to 2021 she was Professor of Organ at the Royal College of Music in London, and in 2022 she was awarded the Medal of the Royal College of Organists, the highest honour given by the College. Her numerous CDs, which include the complete organ works of Bach, Mendelssohn, Saint-Saëns and Stanley, have been highly praised. In 1994, Margaret Phillips and her late husband founded the English Organ School and Museum in former chapel premises in Milborne Port, Somerset, where they have a small collection of organs by English organ builders from the eighteenth century to the present day. 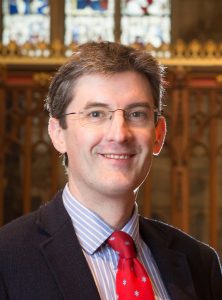 Robert Sharpe has been Director of York Music at York Minster since September 2008, having previously held posts at Truro Cathedral, Lichfield Cathedral, St Albans Abbey and Exeter College, Oxford.  His work centres around the daily choral tradition of York Minster with its two treble lines of boys and girls, both of which he trains, and in addition he performs frequently as an organ soloist and accompanist, having played in many parts of Europe and the USA as well as at major venues in the UK.  He has made numerous recordings with the choirs of Truro and York, all of which have received acclaim in the musical press.

The Sixteen – Author of Light