“My great uncle was a joiner and carpenter as well, so when he passed away, it inspired me to see if I could actually make a career out of it – which I have!” 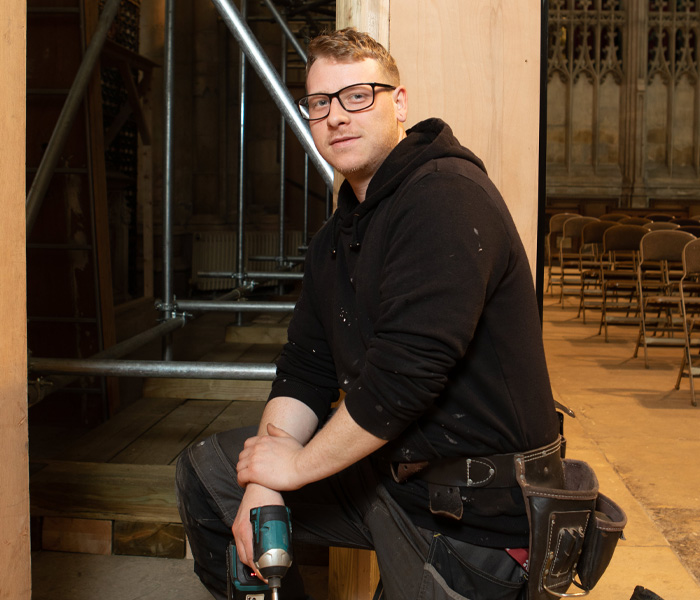 From working on a once-a-century refurbishment of York Minster’s Grand Organ, to fitting out a kitchen – no two days are the same for York Minster’s apprentice Joiner, Ian Goodwin.

We sat down with Ian to find out what made him choose this career path and what his job involves at York Minster.

Firstly, can you tell us why you decided to apply to become an apprentice joiner?

“Before I took on the position, I was a chef for eight years, starting as a pot washer and working my way up to a kitchen manager. Although it was great fun, the days were long and I wanted to do something I was truly passionate about.

“I’d always been interested in woodwork, building and fixing things and – having a lot of spare time during the lockdowns – I started making a lot of furniture for family and helping them out with jobs like fitting garden gates. I realised I was pretty good at it! My great uncle was a joiner and carpenter as well, so when he passed away, it inspired me to see if I could actually make a career out of it – which I have!”

What appealed to you about being an apprentice at the Minster?

“I saw a story about the Minster restoring its Grand Organ – which is only done once a century and hadn’t been restored on such a scale since 1903 – and thought, wouldn’t it be amazing to see how that was made and be a part of that history? Restoration started before I joined in 2018, but I have been part of constructing the wooden boxes that protect and cover the organ, and which also make it nice to look at.”

“I feel proud to be part of York Minster and its legacy.”

What’s your favourite project that you’ve worked on so far?

“The organ is a major stand out. It’s a once in a lifetime opportunity and to say I’ve worked on it is a real honour. There are still some finishing touches being made, but after three years of not being able to be used, the organ has been playing again now for nearly a year. Every time I hear it played, I feel proud to be part of York Minster and its legacy.” 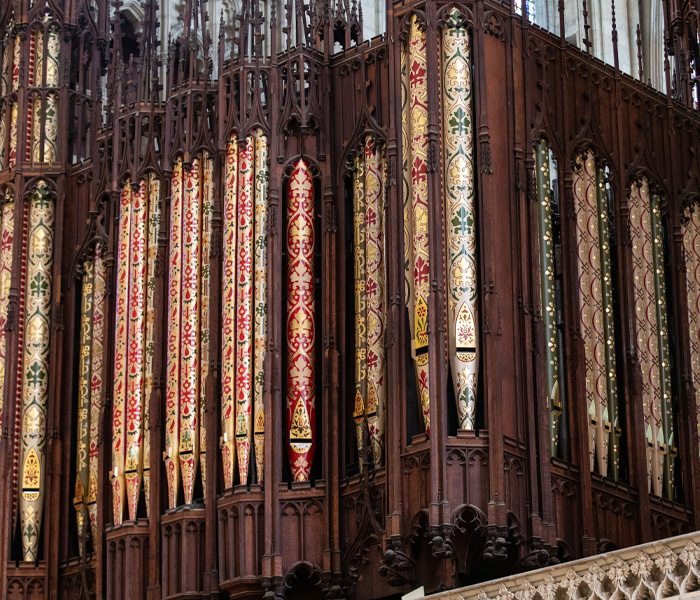 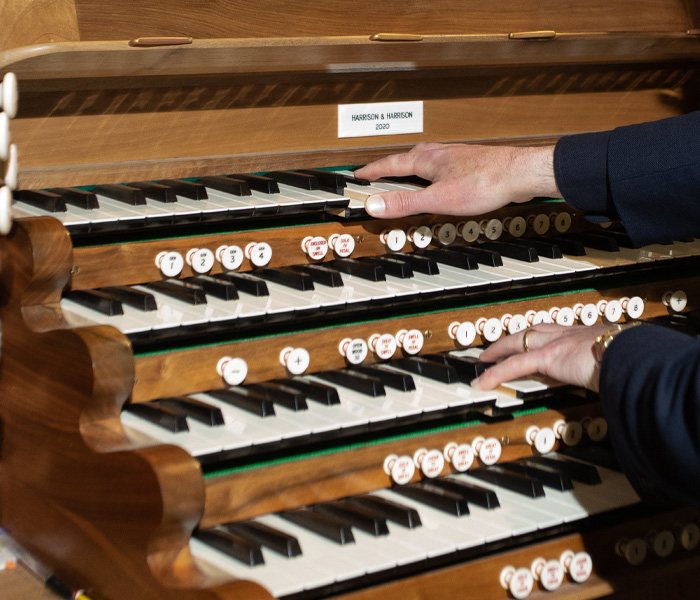 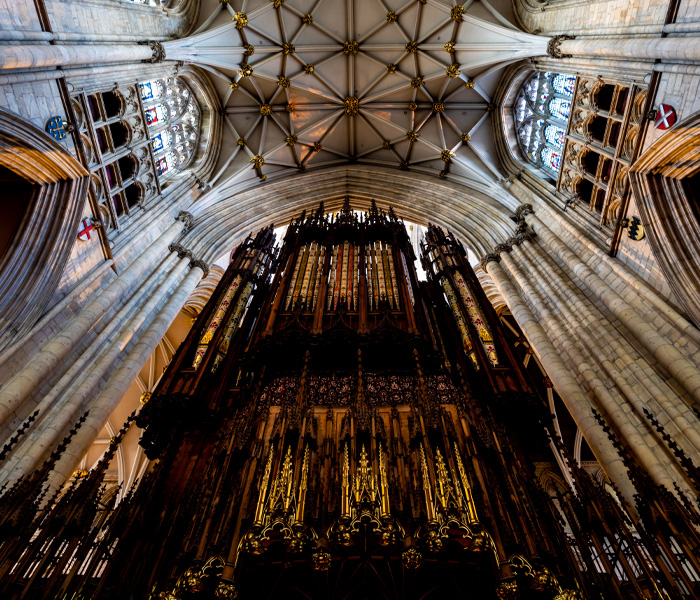 What else do you get up to as an apprentice joiner at the Minster?

“All sorts! Working in the Minster Precinct, as well as on projects relating to the Minster itself, means my role is very varied and pretty much covers anything wood based! For example, I have been fitting kitchens in some of the properties we have that will become holiday lets. The properties have 15th and 16th century origins, so are really interesting projects to work on.

“I have also played a part in creating the new refectory, which involves renovating the Grade II listed building at number 2 Deangate. I helped with the roofing, which we’re planning to put new solar slates on so the building can run on green energy. I’m excited to get stuck in with the interiors as well, once the outside restoration has finished.

“I sometimes make toolboxes as well, and it’s actually a York Minster tradition for the apprentice joiner to make the apprentice stonemason a toolbox!”

How are you finding your apprenticeship?

“It’s fantastic! I spend one day a week in college and the rest of my week putting theory into practice. What I have found most valuable is getting to work with the team here. As joiner work crosses paths with other trades, I’ve been able to work with electricians and builders, so I can understand their roles too, and I’m supported each day by colleagues that have been at the Minster for nearly 40 years! I’m definitely learning from the very best.”

“One thing I really do love is standing back when the job is finished and saying – I’ve done that.”

What’s your favourite thing about working at the Minster?

“The architecture – the Minster is incredibly beautiful and no matter how many times you look at it, there’s always something new that you spot! The detail in the stonework is really special, especially when you consider that the stonemasons back then didn’t have the tools we have today.

“One thing I really do love about the job in general is solving a problem, standing back when the job is finished and saying – I’ve done that.”

What would your advice be to someone wanting to become an apprentice at the Minster?

“Stick with it, be determined and don’t give up. Things can get hard, especially when it’s something you’ve never done before, but the team here is fantastic and will guide you through the whole process.”

Find out more about other members of the team here.