A treasure trove of archaeology

York Minster’s magnificent architecture with its medieval stained glass and handcrafted stonework tells the stories of the cathedral, the region and the Christian faith through the last eight centuries.

But travel below the Minster’s floor and you’ll discover a history dating back 2,000 years, to the Roman city of Eboracum, the Viking strong-hold of Jorvik and a 9th century northern centre of power.

Two archaeological excavations during the last 50 years have unearthed layers of history, shedding new light not just on the story of the Minster’s site, but also the story of the city of York. 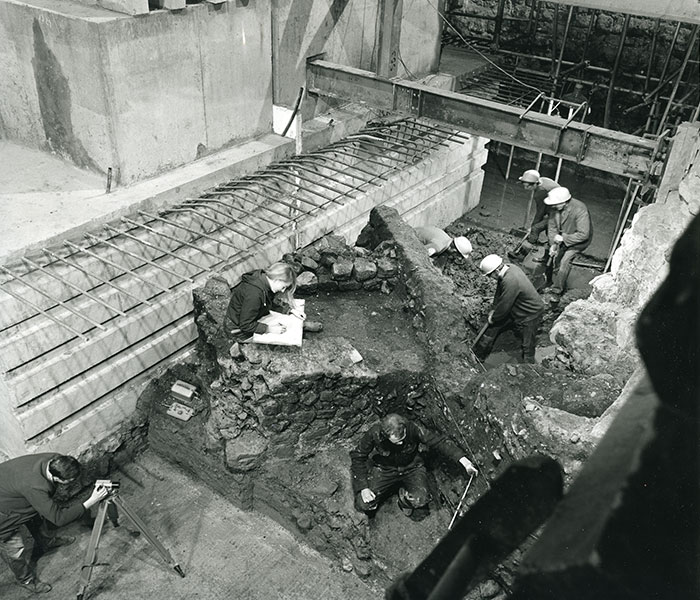 Just over 50 years ago, York Minster faced one of its greatest challenges in recent history.

Surveys of the cathedral’s 197ft Central Tower revealed the 16,000 ton structure was gradually sinking under its own weight, due in part to poor foundations at its base.

Emergency works to underpin the tower allowed archaeologists rare access to carry out excavations, which shed new light on the history of the site.

The project uncovered evidence of a Roman barracks beneath the cathedral, which housed both the ninth and the sixth legions of the Roman Empire which were based at different times in the city of Eboracum, originally established in 71AD. In 306 Constantine the Great was proclaimed emperor in the city, which proved a key turning point in the history of Christianity as he later granted toleration for the Christian Church.  A column from the barracks’ Principia – or headquarters – unearthed during the excavations has been reconstructed and now stands on the South Piazza, outside the Minster’s South Transept.

Other finds included evidence of an Anglo-Saxon cemetery and the foundations of the Norman Minster – the forerunner of the present cathedral. 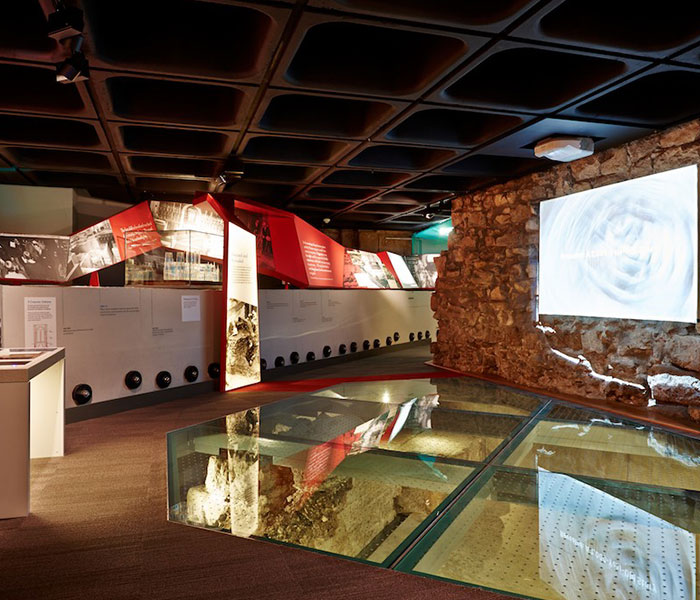 More recently, archaeologists had the chance to explore the hidden history of the site as part of work to construct the cathedral’s new visitor attraction in the Undercroft.

Findings included a rare silver coin called a sceatta. Its pristine condition allowed experts from the British Museum to date it to the beginning of the 9th century which provides evidence of a major settlement – complete with its own mint – near the site of the Minster during the Anglo-Saxon period.

Other findings included evidence of a mid-11th century burial – the later era of Viking York. Archaeologists unearthed a cist burial – a type of grave – which was partly destroyed during work to build the medieval Minster in 1220. Archaeologists already knew there was a cemetery on the site, but the finding has helped extend knowledge of the types of burial which took place here, and also the area the cemetery occupied, supporting evidence that the site was used as a burial ground for generations by both Anglo-Saxon and Viking residents.

Archaeological discoveries from both excavations can be seen in the cathedral’s Undercroft Museum.